Is a visa needed to travel to Hawaii? 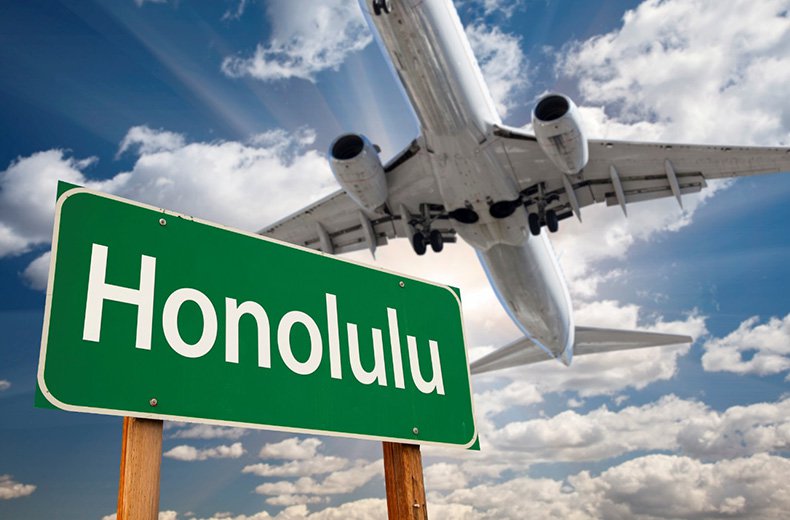 Just as with the continental United States, it is not necessary to apply for a visa to travel to Hawaii for up to 90 days for purposes of sightseeing, short-term business trip, or transit.Under the Visa Waiver Program (VWP), you may travel to Hawaii without applying for a visa once ESTA authorization is approved.It is required to apply for ESTA for ordinary sightseeing travel to Hawaii.
However, in some cases you might not be authorized to travel under ESTA, such as if you have been denied entry to the U.S. in the past, have had a visa application rejected, or have a criminal record. In such cases, applying for a visa is a must, and we recommend to do so well in advance after you have decided on plans to travel to Hawaii.In addition, under the Terrorist Travel Prevention Act, in principle those who have traveled to or entered Somalia, Yemen, Syria, Libya, Iraq, Iran, or the Sudan since March 1, 2011 may not enter the U.S. with ESTA.

Note: The VWP is available to British subjects only if they have permanent residency in the Channel Islands, the Isle of Mann, Northern Ireland, England, Scotland, or Wales.

Conditions of eligibility for the Visa Waiver Program (VWP)

Back to the ESTA application homepage

Note: The Arrival/Departure Record and Customs/Quarantine Declaration will be distributed on board your flight. Fill them out in the Roman alphabet with a blue or black ball-point pen. 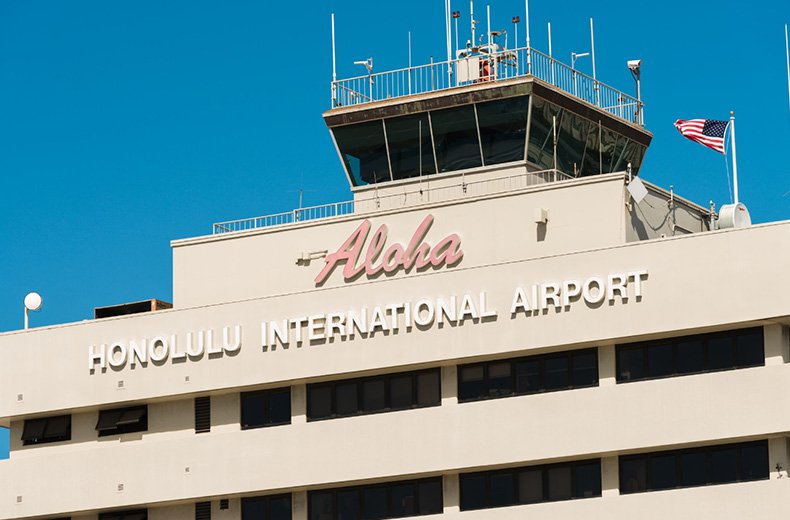 Simplified flow from arrival to immigration

After your flight lands at the airport, follow instructions to the immigration screening area.

2.To the immigration screening area

Automated Passport Control (APC) kiosks are available for travelers who have visited the U.S. with ESTA since 2009 and are requesting to enter the U.S. again with ESTA.By an APC kiosk, you can scan your passport, record your fingerprints, and take an identification photograph easily without having interact with an immigration officer, which greatly shorten the time that immigration procedures take.On the other hand, even you have entered the U.S. with ESTA before, if your passport has been renewed since then APC kiosks will not be available. In such a case, the ordinary immigration screening procedures are required.APC kiosks are installed in major U.S. airports.

Who Is Eligible to Use APC?

U.S. and Canadian passport holders and international visitors from Visa Waiver Program countries are eligible to use APC kiosks. Visa Waiver Program visitors must have Electronic System for Travel Authorizations (ESTA) approval prior to travel and have visited the United States on at least one occasion after 2008.”

Procedures for how to use an APC kiosk

After the above procedures are complete, you will be issued an APC receipt. Submit this receipt to the immigration officer.

Look for the signs for your airline and flight number and then collect your baggage from the luggage carrousel.
Since baggage is transported very quickly, in many cases it will be arranged on the floor instead.

Submit your Customs Declaration/Quarantine Declaration and then head for the exit.
However, in some cases randomly selected baggage may be X-rayed. 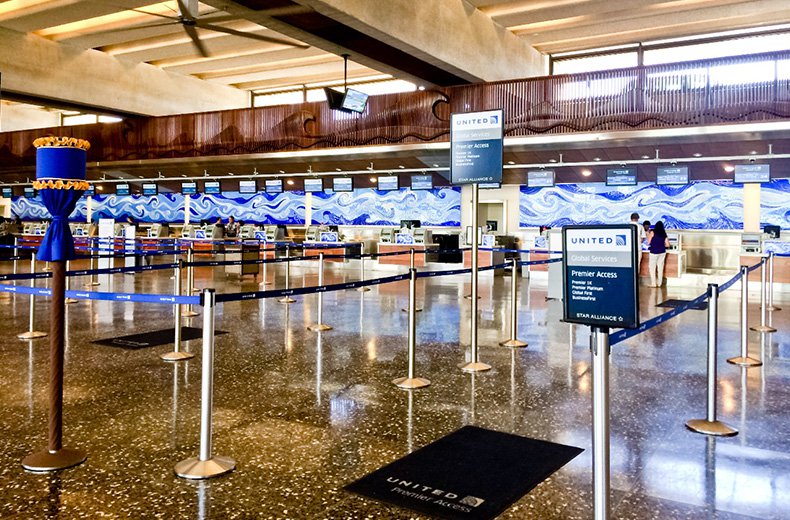 Back to the ESTA application homepage

More details: The latest information on immigration procedures in Hawaii (2019)

Immigration screening takes place soon after you arrive at the airport

Immigration screening will take place soon after you have landed at Honolulu International Airport. After disembarking from the aircraft, follow the arrows in the airport, then the first area you will see is the immigration screening area. Here there are separate lines for U.S. citizens and permanent residents and visitors from overseas. Get in a line following the sign that says “Foreign Passport” or “Non-Resident.” The lines marked “American Citizen” are for U.S. citizens. Since airport security personnel will guide travelers to the correct lines, you should be able to line up relatively smoothly.

Line up and wait until you are called

When the immigration officer calls “Next!” that means it is time for the next in line to approach the booth. Be careful not to approach the immigration officer before you are called. If you get too close, you will be warned to back up. You also will be warned if you step into the screening area while lined up. While waiting for immigration screening, keep your passport and the customs declaration you filled out during the flight ready in your hands. Although in the past travelers also had to fill out the Arrival/Departure Record, Form I-94W, today those who have obtained travel authorization in advance with ESTA are not required to fill it out. Since travelers visiting Hawaii without a visa are required to obtain ESTA authorization in advance, prepare to apply for ESTA soon after making your travel plans.

After you are called to the booth, the immigration officer will ask you a number of questions, but they are nothing difficult and are rather simple. Typical questions are described below. It would be convenient for you and family or group members traveling with you to familiarize yourselves with these questions in advance.

Take an identification photograph to complete the process 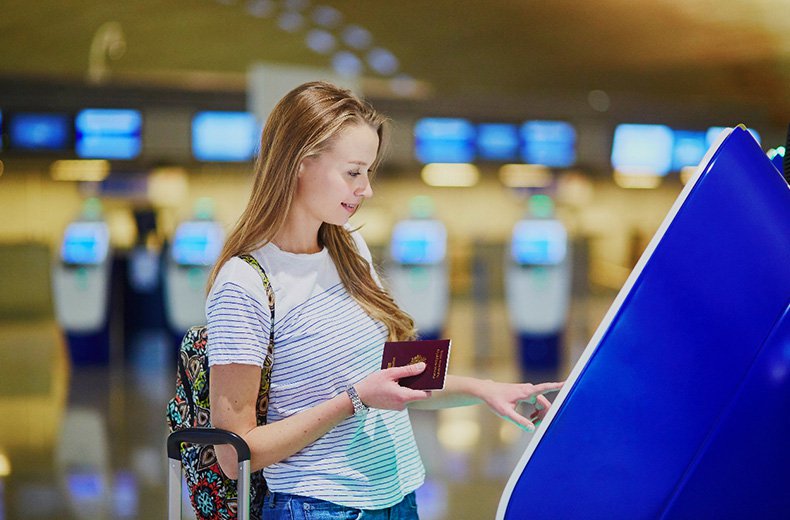 Since June 2015, Honolulu International Airport has adopted Automated Passport Control (APC) kiosks. These innovative devices make it possible to complete immigration screening quickly without having to go to the immigration officer’s counter. The conditions required for use of the kiosks are outlined below.

Must enter the U.S. with ESTA

The most important requirement is that you are entering the U.S. using ESTA. Note that travelers entering the U.S. with green cards, tourist visas, student visas, or other visas may not complete immigration procedures through the kiosks.

ESTA became mandatory in 2009, and only those who have entered the U.S. since then with ESTA may be eligible for using the kiosks. Once you have used ESTA to enter the U.S., you satisfy this condition for use of the kiosks from the next time.

Holding a passport not renewed since the last time you entered the U.S.

Airports where kiosks are available for use

As of August 2018, APC kiosks have been adopted at the 43 airports shown below.

APC kiosks are currently operational at the following airports:

About ESTA (the Electronic System for Travel Authorization)

ESTA and Visa Waiver Program mechanism, rules and conditions are explained in an easy-to-understand manner.

Explains in detail how to apply for ESTA with examples and illustrations.

Applying for ESTA from your smartphone

Explains points to note when applying for an ESTA on a smartphone.

How ESTA differs from a visa

Explains the differences, features, and expiration date of ESTA and visa in an easy-to-understand manner.

About the visa waiver program (VWP)

Learn more about the countries and conditions that exempt visas when traveling to the United States.

Explanation of points to note when applying for an ESTA in a group with photos and Q & A.